In Belgium, all accommodation is rented on the basis of a written and signed rental contract (also referred to as a lease or tenancy agreement). Verbal contracts are therefore not legal! Be aware that your signature on a rental contract signifies that you accept all its clauses.

In the event of disputes, it is the justice of the peace in the judicial district in which the property is located who is responsible for adjudication. It is therefore advisable to draw up a lease agreement in French or Dutch.

Don’t rush to sign your rental contract! Contact the Expat Welcome Desk (02/430.66.00 or info@commissioner.brussels) for help from our experienced team, free of charge.


3 TYPES OF LEASE FOR A PRIMARY RESIDENCE

(1)   A rental agreement for a period shorter than six months terminates, without notice, at the end of the period stipulated in the lease, unless this has been extended. It cannot be ended earlier. (Art. 238, AL. 3 BHC)


(2)   A rental agreement for a period from six months to 3 years terminates, in principle, by means of notice from the owner (landlord) or tenant at least three months before the end of the period agreed in the lease. In this case, no compensation is due.

By mutual agreement, the parties may extend a short lease in writing, one or several times, under the same conditions up to a maximum period of three years. (Art. 238, AL. 1 and 2 BHC)

However, the tenant may terminate the agreement at any time by giving notice of three months and paying compensation equal to one month’s rent. As for owners, they may terminate the lease early, but only after the first year of the lease, and only in order to occupy the accommodation themselves or allow it to be occupied by a member of their family (or the family of their spouse). In this case, the landlord must give the tenant notice of three months and pay him or her compensation equivalent to one month’s rent. (Art. 238, AL. 4 BHC)

The lease terminates at the end of the 9-year period, on condition that one or other of the parties has given notice at least six months before the expiry date. Notice can be given without any justification and no compensation is due from the party who takes this initiative. If neither of the parties end the lease after expiry of this period of 9 years, the lease is extended with the same conditions for a period of 3 years. Each of the parties then has the option of terminating the extended lease every 3 years, without giving any justification and without having to pay any compensation, by giving six months’ notice. (Art. 237, §1 BHC)

The owner has the right to terminate the lease before its expiry date:

- The owner may end the lease at any time for personal occupation on condition that the tenant receives notice of six months. The rental agreement may exclude or limit (for example, as to the time or persons concerned) the right of the owner to terminate the lease in order to occupy it personally. To be valid, the notice must mention the reason given and the identity of the person who will personally and actually occupy the leased property, and his or her relationship with the landlord. (Art. 237, §2 BHC)

- The owner may, but only on completion of the first or second triennium (three-year period), also terminate the lease if he intends to carry out reconstruction, transformation or renovation work in the rented property. The rental agreement may exclude or limit (for example, as to the time) the right of the owner to end the lease in order to carry out work. This option can only be exercised by the owner if he gives the tenant six months’ notice and specifies the exact reason. This reason must meet four conditions defined in the Brussels Housing Code. (Art. 237, §3 BHC)

-The tenant is also entitled to terminate the lease, at any time, by giving notice of three months. In this case, he would also have to pay compensation of three, two or one months’ rent depending on whether he ended occupation during the first, second or third year of the lease. From the fourth year of the lease onwards, the tenant is no longer bound to pay compensation if he wishes to terminate the contract early, but the three-month notice period is still required. (Art. 237, §5 BHC)

IT IS THEREFORE IMPORTANT TO SIGN A LEASE THAT SUITS THE LENGTH OF YOUR STAY!

Individual and common charges associated with renting can be surprisingly high. We strongly advise you, as a future tenant, to find out about the charges you will have to pay.

The rental guarantee is an amount of money which compensates the owner if his property is damaged. Almost all property owners in Belgium demand a rental guarantee equal to a maximum of two or three months’ rent. This sum has to be paid when the rental contract is signed and before occupation.

- The transfer of the guarantee onto a “blocked bank account”, which is the most common system. In this case, the sum is equal to two months’ rent. Both the owner and tenant must sign a document to open this type of account. The guarantee remains the property of the tenant and interest earned is due to him up until the time he leaves the property. Tenants should request this document from a bank. (Art. 248, §3 BHC)

- The bank guarantee: in this case, the sum is equivalent to three months’ rent. This system is chosen when the tenant is unable to pay the whole rental guarantee in one payment. When the rental contract has been drawn up, the bank becomes the guarantor on behalf of the tenant. The tenant pays the guarantee (equal to 3 months’ rent) to the bank by monthly transfer for the duration of the rental contract, up to a maximum period of three years. This scenario is infrequent today! (Art. 248, §4 BHC)

If you pay the guarantee in cash or by bank transfer to the owner’s current account, this sum will be considered as payment of a debt and you will lose claim to it in the event of the owner’s insolvency.


Avoid paying it in cash but if you do so, request a signed receipt from the landlord in as many copies as there are parties to the agreement.

The guarantee will only be reimbursed on presentation of a signed agreement between the owner and tenant drawn up when the lease has ended. This agreement may be in the form of a letter or a special form supplied by the bank and signed by the two parties.

Reimbursement of the rental guarantee will only be made on the condition that no rental damage is detailed in the outgoing inventory check or proven by the owner if no incoming inventory check was carried out. The two parties then sign a form prepared by the bank on which details of the calculation of the balance of the rental guarantee are explained. The actual amount reimbursed to the tenant depends on the assessment of rental damage. Once the bank has received this form or letter (signed by both parties), it will credit the tenant with the final sum.

In the event of a dispute, the rental guarantee can be released via an enforceable judgement from the justice of the peace in the judicial district where the property is located. This means that the judgement can be enforced in spite of any appeal procedures and in spite of the sum being blocked on an account.

This is a detailed description of the rooms, materials, fixtures and fittings in the rented accommodation, documented after an inspection. It is standard procedure in Belgian rental contracts. The report can be made by an expert appointed by both parties (with the cost shared) or as an amicable arrangement (at no cost). Contact CIBEX or ABEX if you are looking for an expert.

PLEASE NOTE: the tenant has the right to refuse the expert proposed by the owner. It is important that both parties are in agreement on the choice of expert.

We advise you to organise the inventory check BEFORE moving into your new accommodation (although this is not required by law). The law authorises the inventory check to be carried out at any time during the first month of the rental contract. This document must contain the water, gas and electricity meter numbers. Before signing the document, read it carefully and don’t hesitate to add written comments, even if the description has been prepared by an expert. The incoming inventory check must be attached to the lease and registered with it.

For those who wish to carry out an amicable check without an expert, you can refer to an example (modèle d’état des lieux) available on the site logement.brussels (FR and NL only).

When the tenant leaves the accommodation, it is important that screws, nails and hooks are removed and that the entire accommodation is cleaned thoroughly. All utility meters should also be read.

This outgoing inventory check will be carried out and compared with the incoming inventory check. If both parties agree on the conclusions, the rental guarantee will be reimbursed in full to the tenant, if no rental damage has been incurred in the rented accommodation. Normal wear and tear is acceptable but the length of occupation will be taken into account when assessing this. In the event of a dispute, the matter can be brought before a justice of the peace.

If there is a problem in the rented property, the tenant must inform the owner as quickly as possible – verbally or in writing.

In the event of a dispute, the tenant should never stop paying the rent! Rather, he should send a registered letter to the owner asking him to comply.

REGISTRATION OF THE LEASE

This is mandatory! When the lease has been signed, the owner must register it, together with the incoming inventory check, within two months. This procedure is free of charge. (Art. 227, al. 1 BHC)

After the two-month period and for as long as the lease agreement has not been registered by the owner, the termination notice periods and any compensation due by the tenant to the owner do not apply – provided that the tenant has sent a final demand, by registered post, to the owner requesting him to register the lease, and that this request has not been acted upon by the owner within one month. (Art. 227, al. 2 BHC)

Documents required?
The owner must have three copies of the rental contract (the original + two photocopies). The owner and the tenant each keep one copy of the contract while the Bureau du Receveur de l’Enregistrement keeps the third version.

This point should be read in conjunction with the section “The 3 types of lease for a primary residence” because calculation of the notice period and compensation payment depends on the duration of the rental contract.

The law requires that notice to terminate a rental contract must be given in writing. No specific legal format is required but a registered letter is the surest way. This notice must be sent by registered post three (complete) months before the date of the end of the lease, even if you only stay in the accommodation for several months (e.g. for a 6-month contract during an internship). If you fail to do this, it will be more difficult to recuperate your rental guarantee. 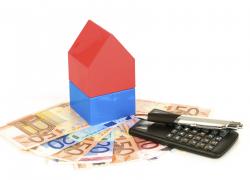 Rental charges: a sizeable expense when you rent an apartment!

Individual and communal charges associated with a rental – such as water, gas, electricity and lift maintenance costs 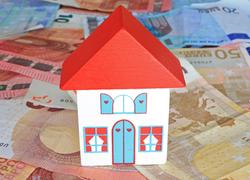 Annual indexation of rent: how does it work in Belgium?

Every year, the rent for your accommodation may be indexed. Rent indexation, which is strictly regulated by law, adapts

How to resolve a dispute with your landlord


You have a problem in your apartment and despite several attempts, your landlord doesn’t react. What are your rights?